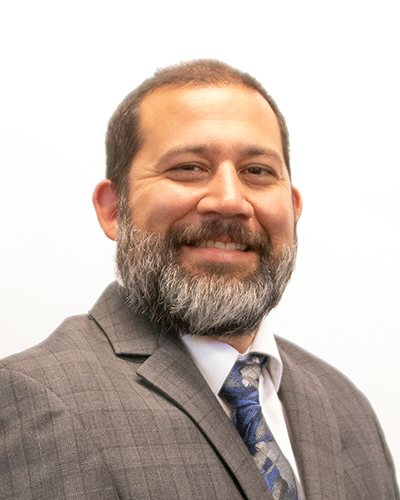 Colvin has been with BWE since 2003 when it was still known as Burkett & Wong Engineers. He has directly designed and overseen over 500 projects and consulted on hundreds more.

Taking over as Structural Department Principal-in-Charge in 2016, Colvin has guided the department’s steady growth of both revenue and staff by 3.5% per year. He takes over as the company is coming off its highest-grossing year ever.

However, Colvin does not point to the company’s fiscal success when asked what makes BWE special, but responded, “The openness and ability to grow and progress at your own pace within the company.”

He states that he was never met with resistance for asking questions or asking for help and always felt supported. “All team members were engaged and helpful in me becoming a better engineer and leader. That philosophy results in a successful company.”

A year after graduating from the University of California, San Diego with a degree in Structural Engineering, Colvin was initially hired as a Structural Project Engineer. He proved to be a quick learner, soaking up knowledge and nuggets of know-how from mentors like Mike Hayes, who had more than 30 years of industry experience at the time.

Bob Burkett, the retired founder of the firm, hired the young Colvin on the spot after impressing him over a quick interview. Colvin recalls, “I showed up on the first day and they didn’t know who I was because Bob didn’t work at the firm anymore. They put me in the back room at a table shared with a printer.”

The young Colvin would eventually be moved to a proper desk next to Hayes. “Mike encouraged problem-solving and a fearless approach to structural engineering,” said Colvin.

This encouragement drew him to projects that were unusual and required a more creative approach. Projects like the Pacific Portal, a unique gazebo that is as much an art piece as it is a structure, a project which Colvin aided Hayes to design. The collaboration with renowned artist James Hubbell would go onto be recognized by the San Diego Chapter of the Structural Engineering Association with an Excellence in Structural Engineering Award in 2007.

Colvin was soon promoted to Project Manager guiding projects from conception to completion. In 2008, he was offered stock in the company as a Principal Associate eventually becoming a Principal in 2014.

With the guidance and coaching of another mentor and previous Structural Engineering Principal-in-Charge, Mark Batten, he would go on to take over the reins of the department. He credits Batten saying, “It was a blessing to have Mark train me for 5 years to learn how to run the department.”

Batten expressed confidence in Colvin’s ability to succeed in his new role saying, “More than anyone I know, Charlie balances his personal drive and ambition with the needs of whatever team he is leading, while being good natured and amiable.”

Of the hundreds of projects Colvin has helped design, he doesn’t single out the largest, highest-profile, or most expensive as his favorites. He again points to projects that required unique solutions. “I enjoy puzzles and problem-solving designs that aren’t typical.

A good example is the Brighton Avenue Comfort Station that needed to blend with the beach community’s eclectic aesthetic while maintaining City of San Diego strict budgetary and schedule limits. Colvin collaborated with the architect and contractors to design structural elements that combined utilitarian function with artistic flair, would be resilient to the corrosive ocean environment, and provided an efficient construction solution.

When asked what factors contributed to the firm’s success, Colvin notes, “The way Bob (Burkett) set up the ownership and management structure has been a key factor to our success and our ability to continue on for the past 50 years and into the future.”

Soon after establishing the firm, Burkett sold stock to key employees to give them a personal stake in the success of the company, which was novel for the industry at that time. That philosophy has carried over to the company’s current structure as an Employee Stock Ownership Plan (ESOP) which expanded ownership to all the employees in 2012.

According to Colvin, another important factor has been the long-term clients that foster a collaborative relationship; clients like Houston Arnold, Director of Development & Construction for Grand Pacific Resorts in Carlsbad.

Reflecting on what sets Colvin apart as a structural engineer, Arnold said, “I have had the opportunity to work with Charlie over the last 15 years. His knowledge base, guidance, and integrity have helped to cultivate a solid partnership that will continue for years to come. Charlie will man the helm well.”

Colvin explains that his voice was always heard in the company and becoming President was a natural progression.

“We have a great group of team members throughout BWE whom I have watched grow, work together and overcome many obstacles. I’m very proud of where we are today. Currently, we are the largest we’ve been and continue to successfully work together and give everyone the same individual attention and support to grow as I have had.”

Colvin will now oversee the day-to-day activities of the company while continuing his responsibilities as head of BWE’s Structural Engineering Department. He succeeds Tom Newsom, who served as President for the past eight years.

Colvin is a licensed structural and professional engineer in California, Texas, Arizona, and Colorado and is a member of the Structural Engineers Association of California, the Earthquake Engineering Research Institute, is certified by the State of California as a Disaster Service Worker under the Safety Assessment Program, and formerly served as a member of the City of San Diego’s Historic Resources Board.

For 50 years, BWE has provided structural and civil engineering, and land surveying services on construction projects throughout San Diego, the Southwest, and beyond. The firm’s engineers have built a reputation for excellence in design and service by fulfilling our self-imposed mandate to exceed the expectations of our clients and colleagues. BWE supports the career development of its employees through mentoring, training, licensure fees, professional association dues, among other means. For more information about BWE, go to bwesd.com.